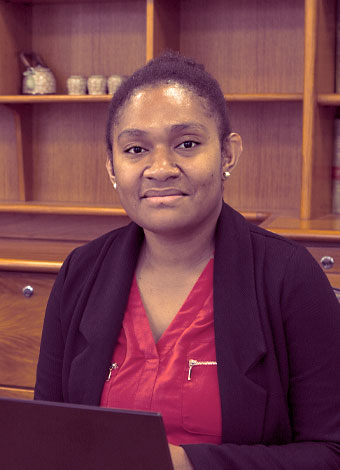 A passion for justice. The experience to win.

Professional Background
Eunice graduated from the University of Papua New Guinea with a Bachelor in Laws (Hons) in 2011 and after completing her post-graduate legal training at the PNG Legal Training Institute, was admitted to practice as a lawyer in Papua New Guinea in November 2012. She has been working with Leahy Lewin Lowing Sullivan Lawyers since her admission. Eunice was made Associate in 2015, Senior Associate in January 2017 and Partner in July 2018.

Areas of Experience
Eunice specialises in civil litigation, with a particular focus on commercial litigation. Eunice also assists the other partners of the firm in the commercial law practice.

Eunice regularly appears as counsel in the District, National and Supreme Courts of Papua New Guinea. Eunice has experience in recovery actions and the defence of claims in all the courts of PNG and advises in the following areas:

In commercial practice, Eunice has assisted in drafting and provided advice in relation to conveyance of land, shareholders agreements, project agreements, incorporation of companies, businesses and associations, property law, Government submissions, contracts, and due diligence reports.