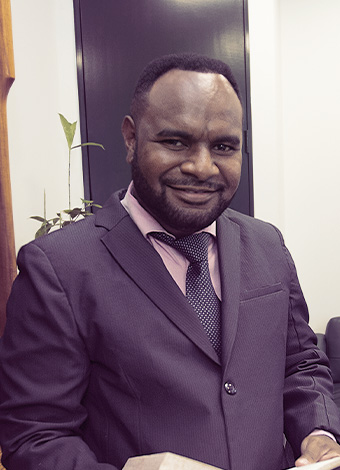 We never stop until we win

Professional Background
Bernard graduated from the University of Papua New Guinea in 2016 and completed his post-graduate legal training in 2017, at which time he commenced practice at the National and Supreme Court of Papua New Guinea. Bernard commenced employment with Leahy Lewin Lowing Sullivan Lawyers in 2018. He was made an Associate in 2019, a Senior Associate in 2020, prior to his elevation as Partner in 2022.

Areas of Experience
Bernard primarily practices in litigation and occasionally with commercial matters. Bernard is fully conversant with the practice and procedure at the District and National Court where he regularly appears and at the Supreme Court for disputes in the following areas of law:

Benard has also provided advice with respect to:

Bernard has acted in various significant transactions including: